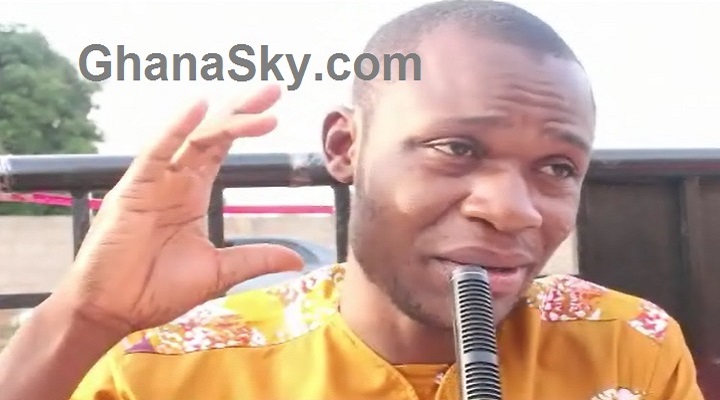 Samuel Ahuntor, aka Captain of the Drillship

New host of hottest political afternoon show ‘Pampaso’ on Montie FM, Samuel Ahuntor, aka Captain of the Drillship, has blamed former Montie FM presenter and some NDC communicators as the major reasons why Mahama lost the 2016 election.

Speaking in an exclusive video interview with Ghanapoliticsonline.com, at the time the debate is ongoing on why Mahama lost 2016 elections, he said he has heard few people point figures at Montie FM political afternoon show as being part of the reasons why Mahama lost and he personally do agree with those critics.

According to him, John Mahama communicators and Montie FM afternoon show which was then being hosted by Mugabe failed president Mahama.

“Before elections, I must confess, Montie FM’s ‘Pampaso’ was the most listened to political afternoon show, but the feedback that was then coming from the public and even some NDC members was bad.

“Some complained about the fact that we don’t discuss issues, rather, we spent more time attacking personalities and destroying Nana Addo” Ahuntor sincerely admitted.

Talking about NDC communicators, he said they too spent more time destroying Nana Addo than talking about the good works of John Mahama whenever they get the opportunity to campaign.

He continued that even the NDC manifesto and Green Book which had all the good works of John Mahama, was not well preached by the communicators.

“Many times I personally complained that personality attack on Nana Addo is not the best. We spend more time destroying Nana Addo – instead of focusing and spending time to preach good works of John Mahama and that made Nana Addo to get more sympathy votes.

“So to me, I blame NDC communicators and the afternoon shows which gave the platform for all that went go on” Captain of the Drillship said.

Moving forward, he said that John Mahama is a good product that’s not difficult to sell; a ready product that already have appealing buyers so the NDC should work on their communication machinery and bring John Mahama back in 2020.

“If NDC want to win 2020, they have no choice than to bring John Mahama back in 2016, if the architect is ready to do the job why bring someone from outside?” he asked rhetorically.